Citrine is the most obvious (but not the only) gateway into the Solar Plexus or Self Energy Zone, which concerns itself with certain matters of identity. Pyrite is another example of a Self Energy stone, with a different “energy signature.” As a translucent, it has an edge in connecting with Spirit, and represents the Positive Ego – your Best or Original Self – unsullied by life’s experiences, sheilds and affronts. You want to use Citrine when you’re trying to “get back to you,” or your own true self. It’s very pure and incorruptible. Most Citrine has been known historically to come from Brazil, but Africa (particularly Congo and Zambia, it’s neighbor) has recently become an important source, with some people preferring it, energetically. I don’t believe in the existing astrological or birth stone attributions for stones, and would like to create my own, but if you’re interested…Citrine is the birthstone for those born in November. The stone’s name is based on the Citron (or Etrog, in Israel) fruit, which in French (the word itself), is lemon. Its chemical formula is SiO2 (Silicon Dioxide). There is dispute as to what colors it – iron has turned some clear Quartz yellow in the lab – but in nature, that doesn’t seem to happen…and it might be Aluminum causing the color change…but in any case, the stone has to be arguably yellow to be Citrine. “Faux Citrine” is heat treated Amethyst – which is much more plentiful to find and convert – and most vendors in the market are dishonest about what they’re selling as Citrine NOT being Citrine (but its baked sibling). You can often tell the difference not just by the more reddish, ochre’y color, but because the Faux Citrine has the short, squat, telltale Amethyst termination structure. In jewelry, unless a natural Crystal is set or cut from a country where coloring is not standard, it’s assumed that cabochons for earrings, pendants, and rings are artificially colored. Email Kyle@CrystalConcentrics.com with interest in these or other Crystals, whether it’s more you’d like to learn, or whether you’re interested in purchasing them. 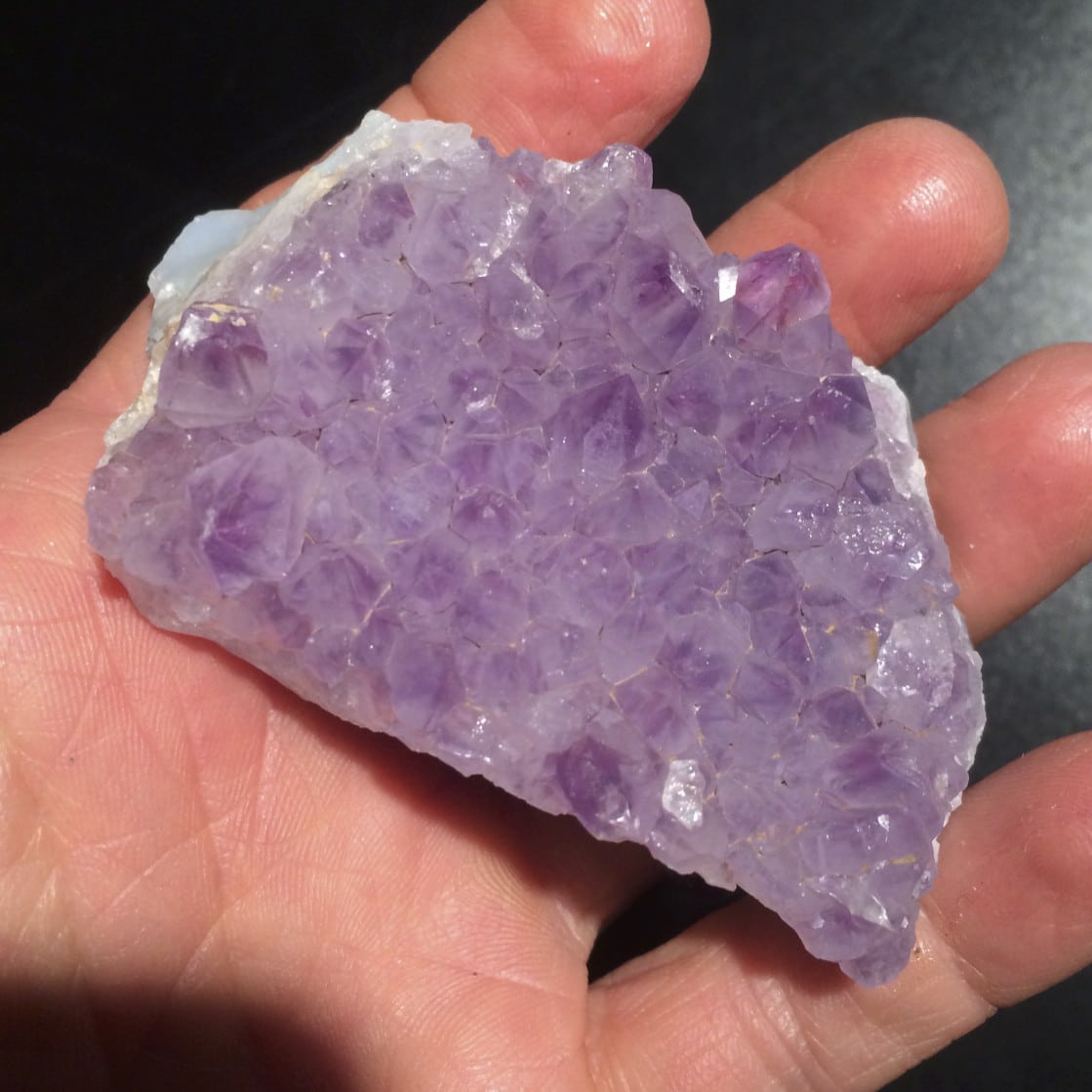 Unlike darker points or clusters, lavender Amethyst has its own function as a natural Spiritual healer, with a very soft and gentle energy. Email Kyle@CrystalConcentrics.com with interest in these or other Crystals, whether it’s more you’d like to learn, or whether you’re interested in purchasing them. 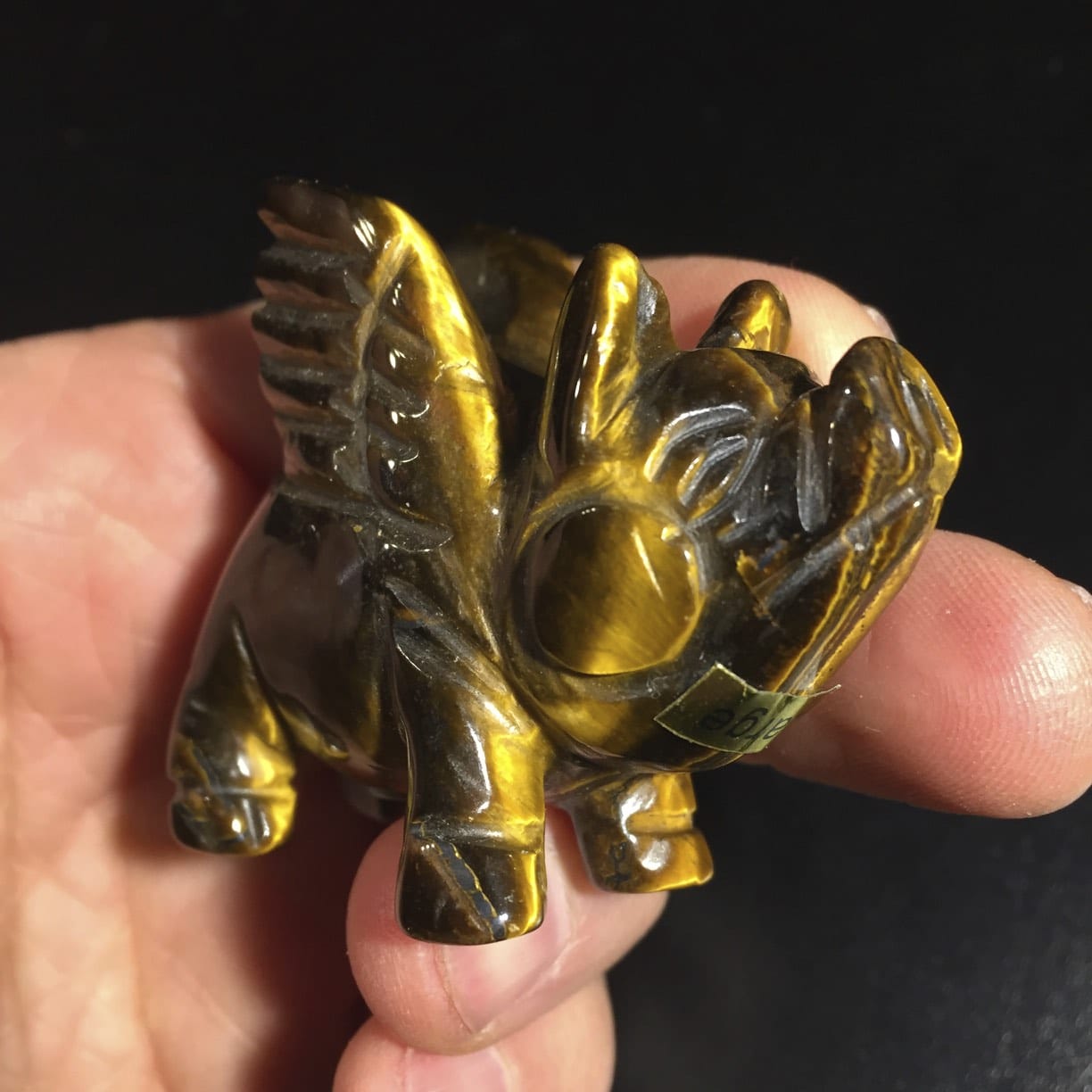 Tiger Eye is a yellow chatoyant stone, meaning it shimmers as you move it, in the light (or it give you “light play”). I used to think of it as “just a pretty face,” an aesthetically pleasing stone, but not a Power Stone. I’ve learned differently, as I sat with it, and realized it’s an important Solar Plexus, or Self stone. It is like a mirror – held up to reflect the Positive (or Best) Self – what you are (or should be) proud of. To purchase some Tiger Eye, or learn more about Crystals in general, join my mailing list by browsing my site and/or email Kyle@CrystalConcentrics.com.